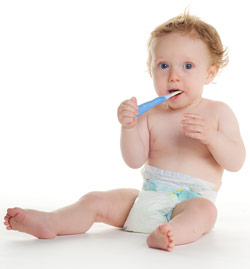 On April 7, 2011 the FDA issued a warning about benzocaine, the active ingredient in oral pain medications such as Orajel, Anbesol, Orabase and Hurricaine. The FDA warns that benzocaine use has the potential to induce a potentially fatal side effect whereby the blood carries significantly lower amounts of oxygen. This condition, known as methemoglobinemia, can in rare cases cause death or brain injury and damage to the body tissues. The potential for life-threatening or long-term damages from methemoglobinemia due to benzocaine is further compounded in very young children. A recent examination of this potentially deadly danger has revealed that methemoglobinemia deaths have been misdiagnosed as SIDS. Furthermore, medical research has shown a link between over-the-counter benzocaine-based medications and methemoglobinemia.

No Current Warnings on Benzocaine Products - Cause for Grave Concern

Benzocaine products do not currently contain warnings of methemoglobinemia, which the FDA stated as a grave cause for concern since consumers, parents and caregivers are in most likelihood not aware of this potential side effect and as such very unlikely to be monitoring for the possible side effect. Methemoglobinemia induced by benzocaine use may require treatment with medications and/or admission to a hospital. The FDA recommends that anyone experiencing pale, gray or blue colored skin lips and/or nail beds, shortness of breath, fatigue, confusion, headache, lightheadedness or rapid heartbeat after taking a medication with benzocaine such asOrajel, Anbesol, Orabase and Hurricaine immediately call 911. Benzocaine-induced methemoglobinemia may occur after the first application or even after using the medication multiple times without incident.

The FDA has warned of potential fatal side effects from over-the-counter medications containing benzocaine because of their potential to cause life-threatening methemoglobinemia, but even side effects that are not fatal may have life-long debilitating consequences should the brain and organs become oxygen-starved for a prolonged period, such as delayed brain development, seizures and even mental retardation.

Initial symptoms of benzocaine-induced methemoglobinemia may include the following:

The initial symptoms may seem to indicate that the medication is working, providing a teething child with relief after hours of crying, when it is possible that a life-threatening event is taking place. This, coupled with the fact that most parents are completely unaware that this danger from using these medications exists has created what the FDA calls "grave cause for concern". In adults, these symptoms will also include headache, rapid heart rate and shortness breath, which give a much greater indicator that something has gone wrong and the user is experiencing severe Orajel side effects that require immediate medical attention.

Methemeoglobinemia is often referred to as "blue baby syndrome" when it occurs in infants, due to the fact that the baby may have a blue tint to the skin as oxygen is deprived. The FDA Benzocaine Warning specifically referenced the dangers of using products containing benzocaine for teething in children of ages two and younger. Eleven of the 21 deaths reported after using an OTC benzocaine gel or liquid were children just two years old or less, who were given the benzocaine medication for teething. The FDA has recommended that OTC medications containing benzocaine, such as Baby Orajel, not be given to children under the age of two except under the advice and supervision of a healthcare professional. The FDA also warns that methomoglobinemia symptoms may not always be evident and even if the child has not had a reaction to previous benzocaine uses, this life-threatening condition could still occur after subsequent dosages. Methemoglobinemia after using a product with benzocaine can also occur in adults.